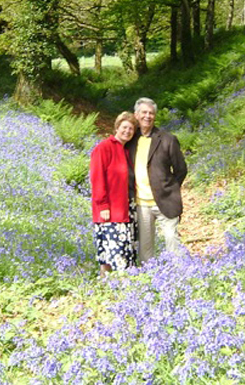 Norman Guthrie, who died on the 5th December 2007, was the founder of Mallory International, and ran it for nearly 20 years. He probably sold more books between the Sahara and the Limpopo than any other British bookseller.

He spent 10 years in Kenya, first at Eldoret, later as Curriculum Development Officer at the Kenya Institute of Education, and when he returned to the UK, he went into general procurement. In 1984 a disagreement of principle with his colleagues led to a parting of the ways. Norman retrieved a book tender from the waste paper basket into which it had been dropped, and bid it himself with his wife, Clare, and Mallory International (named after Mallory Crescent, where the Guthries lived) was born.

Unique creation
Mallory International was, and remains, the unique creation of Norman and Clare Guthrie. Everything in its character - the global reach, the fierce specialisation, the close relationship with local representatives in African countries, the financial conservatism . reflected Norman’s approach and ideas, and Clare’s attention to detail and administrative skills. The experience of teaching, of Africa, and of procurement fused happily in this single business.

He was able to grow the business steadily, and Mallory became the market leader in its field. But as Norman approached, and passed, retirement age the issue of the future of the business became more pressing. Eventually a solution was found, and the Guthries sold the business in June 2002. But Norman continued to work for Mallory until ill health forced him to give up his executive role in summer 2004.

Development
In 2002, Julian and Ulrike Hardinge, together with non-executive director Alex Murray, acquired Mallory International from the Guthries and have been developing the business within its traditional overseas markets since that time. For further details of Julian and Ulrike, see the head office section.